Dr. Richard Dawkins claims that he is inspired by the sheer number of us that have braved the weather to stand up against religion.  I can't speak for everyone, but his whole career inspires me.

Here's a great question.  Dawkins asks, "How could anyone rally against reason?"  Exactly!  It is inconceivable for those of us that long for a secular society, that there are those that fight against it!  It's surreal...

He goes on to talk about those that accuse him of despising religious people - but it's not the people he despises, it's the religions he despises.  Truer words could not have been spoken.  This, more than anything, happens to all who fight against the religious institution. 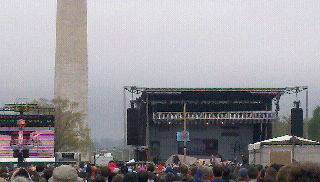 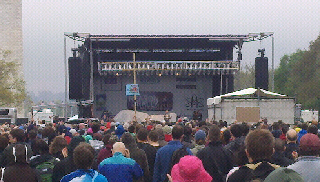