Yesterday the Orlando local CBS affiliate - WKMG TV - had a story on their website where a woman claimed to see the baby Jesus on an abandoned power meter.  That's correct, the almighty himself chose to project his image upon the glass cover of an abandoned power meter using what looks like dust and filth built up over months, if not years, of neglect.  That is one powerful god that Christians have on their hands, no?

Okay, here's a picture of the power meter in question.  What do you see? 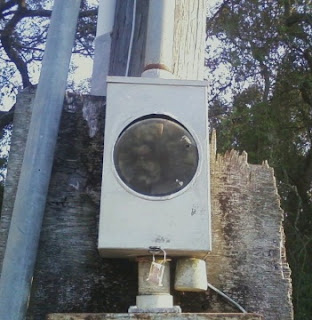 I like to go into these things with an open mind, so here's what my brain "saw" in the dirt and grime covered power meter.  Frank Zappa!!! 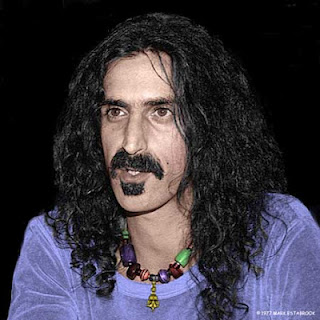 If that is supposed to be Jesus, he sure has modernized his look with a thick, burly mustache and accompanying soul patch.  Not to mention I think I see Jesus sporting a nice, distinctive handlebar under his nose, too!  (And c'mon you good Christian girls, you know that soul patch is way hotter than  Jesus's old, Grizzly Adams trim.)

I had another thought...  How about this? 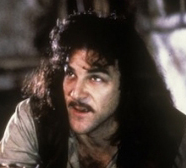 I know Inigo Montoya doesn't have a soul patch, but work with me.  You can see it, right?  RIGHT???
Posted by Larry Mathys at 10:56 AM